A flagship product in the middle class from Samsung for the A series; Samsung galaxy A52 features and specifications

An amazing Samsung Type A product with outstanding features in its class, the Samsung Galaxy A52. A product with drip-proofness and one of the advantages up to a depth of 1 meter. Samsung Galaxy 52 also has several advantages, including a 90Hz super AMOLED display, a 6.5 inch super AMOLED full HD + Infinity O display with the advantage of brightness levels up to 800 knits. Best-in-class display. 64 megapixel camera for main camera, f / 1.8 with OIS, 12 megapixel ultra wide camera, 5 megapixel macro camera, 5 megapixel depth sensor, various attractive cameras Equipped with a design option that shows the performance of this product. 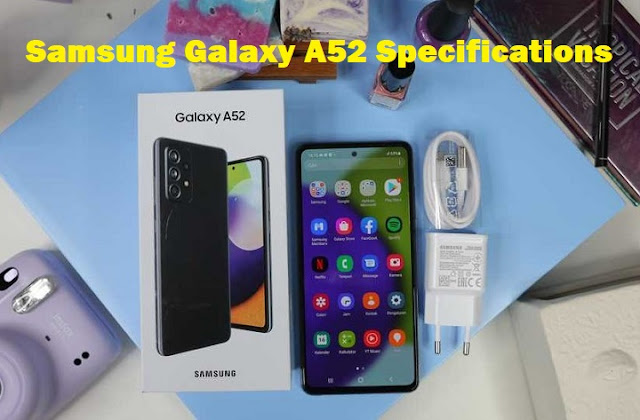 Interested in Samsung Galaxy A52 products? Read the reviews to discover the benefits of this product. Potential users need to do this to get more information about the product they are buying, in order to assess the level of excellence and specifications that the device they are buying actually needs. For that you can get more in-depth information by visiting trusted sites and providing a thorough review of the Galaxy A52 user manual. 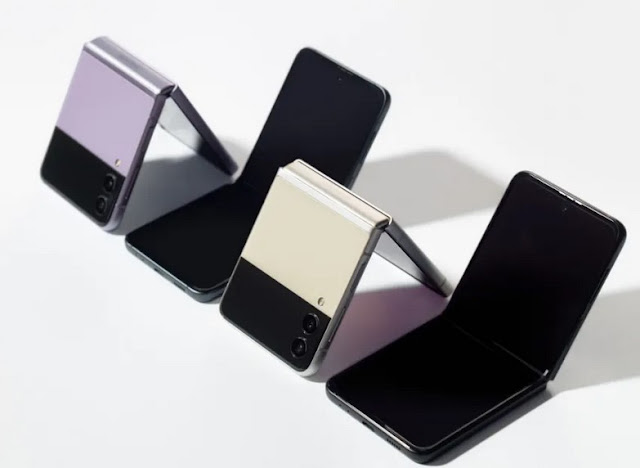 Along with the search for luxury, the Galaxy Z Flip 3 also has a compact body. This cannot be separated from the innovation of the bodywork design that can be bent. When folded, the smartphone measures as little as 72.2 x 86.4 x 17.1mm. This size makes the Galaxy Z Flip 3 feel compact and comfortable to put in a shirt or trouser pocket. While in open status, this smartphone has dimensions of 72.2 x 166.0 x 6.9mm. And for a weight of around 183 grams, which still feels lightweight in the hand. By comparison, the size of the Galaxy Z Flip3 has dimensions that are more compact than the previous generation Galaxy Z Flip, both open and closed. When considering the Samsung Galaxy Z Flip 3, many thought that this folding smartphone was most appropriate for women.

Another difference between the Galaxy Z Flip 3 and the previous Galaxy Z Flip is that features a new coverage screen design that is four times bigger. When you check out the Samsung Galaxy Z Flip 3, it doesn't feel easier when viewing notifications and incoming messages without the need to open the interior screen. And what's more exciting, the outdoor body display can also be used as a viewfinder when the camera is active.

Not only that, but it can also take pictures and save videos quickly when the smartphone is turned off, directly from the cover screen. This is possible because of the Quick Shot feature developed from the previous generation. Simply press the Power button twice. Users can enable Quick Shot and see the resulting dual camera display on the Samsung Galaxy Z Flip 3 on the cover screen which is now bigger.

Behind its luxury, the Samsung Galaxy Z Flip 3 also features water resistance. You no longer need to worry about the use of this folding smartphone, for example when it rains or when it is in the swimming pool. The Galaxy Z Flip3 is guaranteed to remain intact even in wet weather.

Not only does it have waterproof capabilities, but Samsung has also designed the body of the Galaxy Z Flip3 to be robust and solid. Weave The aluminum hardware is used as a frame for this folding screen smartphone. Note that this material is the toughest aluminum ever used on a smartphone. The case of the folding phone is also protected by the Gorilla Glass Victus, which is claimed to be 50 percent harder than the Gorilla 6 glass.

Generally, when you want to take a selfie or wefie photo or video shoot, you need to be busy looking for a record to put on your smartphone. But it's no longer necessary to hassle yourself if you use the Samsung Galaxy Z Flip 3. Having a shape that can be folded at different angles, this last smartphone allows being placed stably to be used for selfies or wefies.

For example, when studying the Samsung Galaxy Z Flip 3, I tried to bend the body at a 90-degree angle and used it to record the video. With Flex Mode allows the screen inside to supply two different views at the same time. Furthermore, when this smartphone is closed, it can also take photos and record videos fast. The trick comes directly from the cover screen via the Quick Shot function, pressing twice on the power button of the Z Flip3.

It is also possible to capture single hands-free selfies through Flex mode. The trick is when the camera is active, just bend this smartphone to an appropriate angle (for example an angle of 90 degrees), then place it where it is possible. Furthermore, just salute from a distance without having to hold this smartphone.

When this smartphone is shut down, it can also take photos and save videos quickly. The trick comes directly from the cover screen via the Quick Shot function, pressing twice on the power button of the Z Flip3.

This Flex mode can also be used to access several different applications. When you are in a folded condition, you can enjoy a new way to enjoy the content. For instance, you can watch videos that are displayed at the top of the screen, while being in a position to make adjustments, such as brightness and volume levels, at the bottom of the screen.

A flagship product in the middle class from Samsung for the A series; Samsung galaxy A52 features and specifications